KB Home’s losses widen due to reduction of sales

KB Home, the homebuilder based in Los Angeles, said that its losses widened in the second quarter of the year following the reduction of sales. The company said Friday it lost $255.9 million during the quarter ending May 31, which corresponds to $3.30 per share. The company lost $148.7 million, or $1.93 per share during the same period of the previous year. 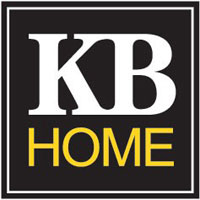 KB Home’s losses widen due to reduction of sales

KB Home is a homebuilding company based in the United States, founded in 1957 as Kaufman & Broad. It was the first company to be traded on the NYSE as a home builder and is a Fortune 500 company. Its headquarters are in Los Angeles, California.

In fiscal 2005, the company delivered homes to 37,140 families in the United States and France and had revenue of over $9 billion.

KB Home is a lending partner with and offers complete mortgage services through Countrywide Home Loans.

In 2003 KB Home became the first big homebuilder to adopt the NAHB's National Housing Quality certification program nationwide. In November of 2006, KB Home President, CEO and Chairman Bruce Karatz resigned after an internal accounting probe into his alleged Backdating of stock options grants. He was succeeded by Jeffrey T. Mezger.

KB Home also announced the firing of its head of Human Resources, Gary A. Ray, and the resignation of its Chief Legal Officer, Richard B. Hirst. The company determined that Karatz and Ray had picked grant dates under the company's stock option plans (Backdating).

According to the Wall Street Journal, Karatz was one of the most highly paid executives in 2005, earning almost $156 million, primarily from options. As of May 2007, 28 KB Home divisions had been awarded the NHQ Certified Builder seal by the National Association of Home Builders (NAHB).