"Death Train" operator to be awarded the highest Government's honor 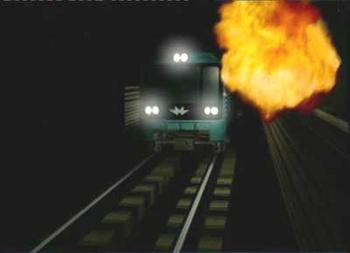 The news of the official award ceremony the “Death Train” operator has become known on Tuesday.

Train operator Vladimir Gorelov who was operating the in time of the terrorist act in the Moscow metro, will be awarded the highest Government's honor, reports RIA “Novosti”.

Appropriate paperwork has been signed by chief of the Moscow metro Dmitry Gaev. “I signed the documents. However, I am not the one to appoint the actual award,” remarked he.

As soon as he heard the blast, Vladimir Gorelov activated emergency brakes in strict accordance with the guidelines. He then reported the accident to a dispatcher and asked to unplug the live rail. As soon as voltage was shut off, Gorelov opened the doors and announced in a speaker phone that everyone should get off and head either towards “Avtozavodskaya” or “Paveletskaya” stations.  Lieutenant colonel of the Moscow Department of Emergency Situations Sergey Kovunov, who was commuting to work in the third car of that train, skillfully organized calm evacuation of people.

One of the witnesses Vyacheslav Dyachenko noted that the train stopped in a few seconds after the explosion. “After traveling only a third of the way to the “Paveletskaya” station, the train jerked; we heard grinding sound and smelled burnt plastic,” said the witness. “Seconds later, emergency lights went off. According to Dyachenko, everybody understood that it was not just an accident. “Explosion!” shouted everyone. Women started to weep and men attempted to contact the train operator.

Dyachenko remembered the operator's warning not to panic. “Nobody panics,” yelled Dyachenko. “Exit carefully and move towards the station.” Everyone obeyed.