PPR SA, owner of the Gucci Group of luxury brands, bought 27 percent of Puma AG and offered to acquire the rest of the sporting goods maker in a transaction totaling $7.1 billion. 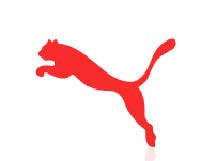 PPR, controlled by France's Pinault family, paid $443.18 a share for the stake held by billionaires Guenter and Daniela Herz and will offer the same to other shareholders, Herzogenaurach, Germany-based Puma said. That's 16 percent more than Puma's close April 4, the day before the shares surged on speculation of a PPR bid. The stock rose above the bid yesterday, indicating some investors expect a higher offer.

Buying Puma would give PPR, France's biggest clothing retailer, a global brand that has quadrupled sales in five years and forecast record revenue and profit this year.

Puma said PPR's offer was "in the best interests of the company," based on a fairness opinion by Lehman Brothers.

Representatives of Puma North America in Westford, Mass., could not be reached for comment, Bloomberg reports.

The friendly takeover, supported by the Puma board, carries a 24% price premium over Puma's average share price during the past month. Both sides talk up its potential to create synergies and to boost Puma beyond the $3.2 billion in revenues it booked last year. "I am confident that PPR is the ideal partner to support Puma in its current development phase to become a global iconic sport-lifestyle company," Pinault said in a statement.

That could be true, analysts say, at least from an industrial standpoint. "This is a good deal for the Puma company," says analyst Uwe Weinreich of HypoVereinsbank in Frankfurt, who figures PPR can help Puma in its push to move beyond sportswear and into more of a lifestyle brand. "PPR's retail experience and reach is excellent," Weinreich says. While neither he nor other analysts expect PPR to turn Puma into a luxury purveyor, nudging it upscale could help differentiate it from the more sports-oriented Nike and Adidas.

On the other hand, Weinreich isn't happy with PPR's "fixed and final" price of €330 ($443) per share. "It's not enough for the shareholders" says Weinreich, who thinks the purchase price ought really to be €400 euros per share. He bases this claim on Puma's current growth potential, projected revenue synergies between Puma and PPR of up to 4% of joint sales, cost synergies of up to 2% of the joint operating cost base over the next three years, and the price-earnings ratios of other companies in the sector, businessweek.com reports.

Though a maker of sneakers and sportswear might at first glance seem like an odd fit for a company known for luxury, PPR and analysts say that purchasing Puma would immediately add to sales, profitability and scope at a company that has long been subject to the ups and downs of the French consumer, the New York Times reports.