Turkey does not close its airspace to Iraq 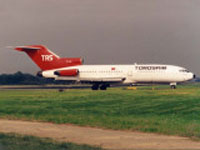 Turkey does not close its airspace to Iraq

An information that Turkey had closed its airspace as a part of anti-Iraq economic sanction was called false by a top Turkish aviation official, who said that flights were running as usual.

"We have not received any order to cancel flights, neither to the north nor to the south of Iraq," the official said on condition of anonymity because he was not authorized to speak with the press.

The reports came after Turkey said Wednesday that it had taken economic measures designed to weaken Kurdish rebels and groups that support it.

Although the Turkish government did not use the term "sanctions," its statement was widely interpreted as the beginning of a strategy to cut off economic support for suspected associates of the rebel Kurdistan Workers' Party, or PKK, which carries out raids in Turkey from bases in northern Iraq.