Accused in assisted suicide in Ireland not to be extradited

A federal magistrate rejected a bid to extradite former Unitarian minister to Ireland to face trial for his role in a woman's 2002 suicide in Dublin. 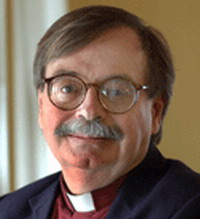 Accused in assisted suicide in Ireland not to be extradited

U.S. Magistrate Judge R. Clarke VanDervort ruled that the U.S. treaty with Ireland does not support extradition for George Exoo on the assisted suicide charge, which carries a sentence of up to 14 years in prison.

After reviewing laws in all 50 U.S. states, VanDervort said he could not find a "substantially analogous" statute in half of them or in federal code.

"While Mr. Exoo's conduct may be viewed as wrong, ... it is generally not recognized as criminal in the United States," VanDervort said.

Exoo, 64, who had been in custody since his June arrest on the extradition warrant, exchanged his jail-issued clothing for a suit and clerical collar before walking out of the courthouse with supporters.

Once outside, Exoo praised the ruling while offering reporters the lunch he had brought with him from jail - a bologna sandwich and cookies.

"I really didn't know what was going to happen," he said. "I have a parish in Lewisburg, and I intend to preach there Sunday."

Exoo spokesman Richard Cote predicted the ruling would prove key in the fight to recognize suicide as an "inherent human right."

"This ruling sets an important precedent for extradition as it relates to the right to die," Cote said. "Neither the state nor the church has any right to interfere when a person chooses to end their own life for their own reasons and at their own time."

Exoo agreed, and said that even in Ireland public opinion appears to be changing on the hotly debated issue.

Steven Drake, a spokesman for Not Dead Yet, a national group that opposes assisted suicide and euthanasia, said VanDervort's comment on assisted suicide laws in the United States was overreaching.

"I think there are people in Ireland who would have wanted to see this played out in court," he said. "But, on the other hand, it looks like the government gave it its best case."

Five years ago, Exoo told numerous media outlets that he and his live-in companion, Thomas McGurrin, sat with Dublin resident Rosemary Toole as she took sleep-inducing drugs, smoked a last cigarette and then pulled a helium-filled bag over her head.

Exoo has also said he received $2,500 (1,738 EUR) from Toole, who told him she was suffering from a chronic brain condition. Cote said the money solely covered travel and lodging expenses.

In a 2002 interview with The Associated Press, Exoo said he did not assist in Toole's death. "I was simply there." He said before assisting in a suicide he must be convinced the person is suffering from a chronic and painful illness.

Irish authorities allege Toole suffered from depression and from a condition that caused swelling in her head, but was not terminally ill or disabled. The investigation began when her father took her suicide note to police.

Toole contacted Exoo while he ran Compassionate Chaplaincy, a tax-exempt organization he founded to counsel people seeking to commit suicide.

As director of Compassionate Chaplaincy, Exoo has "advised and given spiritual counseling" to more than 100 people who ended their lives at the times and places of their own choosing, according to the organization's Web site.

Toole's death was the first known assisted suicide in Ireland, where it has been illegal since 1993.

Exoo had been a minister at the New River Unitarian Universalist Fellowship in Beckley, but officials there say he left several years ago.