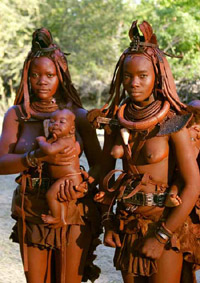 The paper said the dog's owner had killed it after it contracted an unknown skin disease and ordered it to be burned. Instead, the inhabitants of Oikokola village insisted on eating the meat, which was also shared with people from the nearby Onepandaulo village.

Naftali Hamata, the director of health for northern Namibia, said the villagers were treated at two of the area's major hospitals and that most had recovered. He warned against eating dog meat or the carcass of any sick animal.

Dog meat is considered a delicacy among tribes in northern Namibia, and calls by animal rights organizations to end the practice are ignored.