Finland to pay fines for not banning chewing tobacco

The European Commission will fine Finland for failing to ban chewing tobacco in the Swedish-speaking Aland Islands. 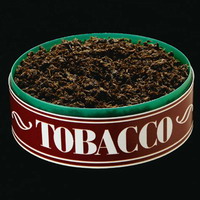 Finland to pay fines for not banning chewing tobacco

European regulators said all oral tobacco - whether chewing tobacco or snus - is dangerous because it contains "particularly large quantities" of cancer-causing chemicals.

Only Sweden has an exemption to an EU ban on the smokeless tobacco called snus that is usually stuck under the upper lip. In 2004, the Luxembourg-based European Court of Justice upheld a ban on the substance, ruling that the dangers of snus merited its being outlawed.

The Aland Islands changed local laws last January to try to bow to EU wishes - but Brussels said they did not go far enough because they only stopped the snus variety and not other types of oral tobacco, such as chewing tobacco, from entering the market.

Its rules also allow oral tobacco to be sold on boats once they leave Finnish waters, meaning that Baltic Sea ferries can skirt the ban during part of their voyage.

Chewing tobacco is banned in the rest of Finland. But, situated in the Baltic Sea between Finland and Sweden, the Aland archipelago has its own legislation, government and a 30-member Parliament. Finland and Aland also have an agreement that Aland pays its own EU fines.

Finnish media reported from the Aland Islands that following the EU executive's decision, legislators on Tuesday began to compile a law to ban all forms of tobacco in the archipelago of 25,000 inhabitants.