US to strengthen copyright protection

U.S. authorities unveiled the plans to uphold the fight against counterfeiting with other major countries. 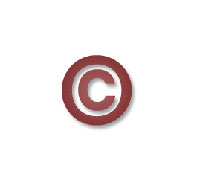 US to strengthen copyright protection

U.S. Trade Representative Susan Schwab said the administration planned to join with other countries to negotiate an Anti-Counterfeiting Trade Agreement that would toughen efforts to confront copyright piracy.

"Global counterfeiting and piracy steal billions of dollars from workers, artists and entrepreneurs each year and jeopardize the health and safety of citizens across the world," Schwab told a Capitol Hill news conference. "Today launches our joint efforts to confront counterfeiters and pirates across the global marketplace."

She said the United States was in discussions with Canada, the 27-nation European Union, Japan, South Korea, Mexico, New Zealand and Switzerland on developing the new agreement, which would support high enforcement standards against copyright piracy.

She also said that the new pact would complement rules already on the books against copyright piracy that are overseen by the World Trade Organization.

The new agreement, which the administration hopes to negotiate quickly, would set a higher benchmark for enforcement that countries will be able to join on a voluntary basis, Schwab said.

She said the copyright agreement will focus on three major areas cooperation among countries, best practices for fighting copyright piracy and developing a strong legal framework to prosecute violations of intellectual property rights.

"The United States looks forward to partnering with many of our key trading partners to combat this global problem," Schwab said.