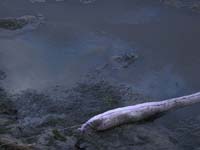 The European Union's Court of Justice on Tuesday scrapped on a technicality an EU law that made sea pollution by ships a criminal offense.

The 2005 law was introduced following two massive oil spills off the coasts of France and Spain that covered the coastlines, poisoning local wildlife.

The Luxembourg-based court, the EU's highest, overturned the regulation on a technicality, saying the rules setting out common criminal sanctions and fines across the 27-nation bloc were not properly drafted by EU governments. They were wrong to have ignored demands by the European Commission that the law be based on maritime transport policy, it said.

The law only came into force in March this year and will now have to be redrafted.

It had allowed prosecutors to charge the captain, the owner or the company that chartered the ship responsible for serious pollution. It foresaw fines of up to EUR1.5 million (US$1.8 million) and penalties for accidental pollution if anyone responsible for the ship failed to take basic safety measures.

The law was introduced after the Prestige tanker discharged some 64,000 tons of oil off the coast of northwestern Spain when it broke apart in 2002. Another tanker, the Erika, spilled 20,000 tons when it sank off northern France in 1999.