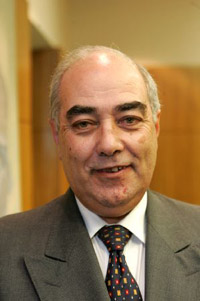 Almost all international Portugal ’s flights were grounded because of a strike by TAP Air Portugal pilots.

By 8 a.m. (0700 GMT) the company said it had canceled 17 flights, mostly scheduled European and domestic services.

The company postponed scheduled departures to North and South America by 24 hours. However, four flights to the Azores and Madeira, Portugal's Atlantic islands, were expected to go ahead.

Dozens of people queued for hours at TAP counters inside Lisbon airport where they could switch their reservations to other airlines.

Transport Minister Mario Lino said the strike was "extremely damaging for TAP, for the economy, for the country's image."

The airline's approximately 500 pilots also intended to strike on Thursday and Saturday. They have plans for further stoppages Nov. 5, 7 and 9.

The Civil Aviation Pilots' Union called the strikes over government plans to increase the retirement age for pilots to 65 from 60. The measure is part of a national plan to hike retirement ages that is meant to ensure the financial viability of the country's social security system.