Post-election Poland is to improve relations with EU 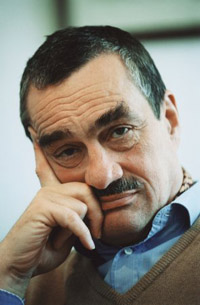 Post-election Poland is to improve relations with EU

The pro-European Civic Platform which won Polish elections is expected to turn the nation toward Europe , and Germany is the most enthusiastic.

Civic Platform, which ousted the government of Prime Minister Jaroslaw Kaczynski, pledged Monday to put Poland in the center of European integration after two years of confrontation with Brussels and fellow EU countries over issues ranging from economy to environment to human rights.

No love has been lost between the Polish government and the EU since the nationalist Law and Justice party of Kaczynski and his identical twin brother, President Lech Kaczynski, shot to power in 2005, and European politicians rushed to congratulate Civic Platform's mild-mannered leader, Donald Tusk, the party's candidate for Prime Minister.

"Things certainly will become somewhat simpler between Germany and Poland," European Parliament President Hans-Gert Poettering, a German, said in Berlin. "One is always glad when committed Europeans will stand at the head of a new government," he said.

Many Poles are still deeply distrustful of former occupiers Russia and Germany, and Law and Justice's two years in office have been marked by deteriorating relations with the two neighbors, with Kaczynski frequently referring to Nazi Germany's brutal occupation of his country in which 6 million Poles were killed.

But German analysts and politicians said Tusk's government was poised to quickly mend ties - if it manages to fend off pressure from Lech Kaczynski, who remains president until 2010.

"In the last two years the German-Polish relations were poisoned and now there is the chance for a new beginning. Germany and Poland can basically reinvent their relationship. However, it is important that Germany does not act arrogantly but rather treats Poland as an equal partner," said Stephen Bastos, an expert on German-Polish relations at the Berlin-based German Council on Foreign Relations think tank.

Improving relations with Russia will be equally important for Poland, Bastos said. The EU is gearing up for a summit next week with Russia.

Poland, which joined the EU in 2004 together with nine other countries, is at the center of an EU dispute with Moscow, blocking talks on a partnership agreement in retaliation for a Russian ban on Polish meat since late 2005 over alleged health concerns. Although some were reluctant, all EU members eventually backed Poland in that fight.

But Russia's oversight agency said the meat ban would not be lifted as a result of the election result. If Poles demonstrate a desire to solve outstanding issues, then "we're ready to inspect Poland's meat processors along with European and local experts," said agency spokesman Aleksei Alekseyenko.

After years of haggling with Poland over the scope of the EU's new treaty, which Warsaw only approved after getting added voting weight until 2014 and more safeguards for another three years, Brussels will be relieved by Civic Platform's warm comments on the text adopted at a summit in Lisbon, Portugal, last week.

"I am dreaming of the moment when Poland would be the first nation to ratify the EU reform treaty," Bronislaw Komorowski, the party's candidate for Polish Parliament speaker, told the AP.

"Our new foreign policy course will give Poland the place that it deserves at the heart of European integration, and not on the outskirts," he added.

Brussels can expect a shift in Poland's stance on financial matters, after Civic Platform pledged to cut Poland's budget deficit in 2008 as a first step toward its more ambitious goal of adopting the euro in 2012 - aiming to end a tug-of-war with the EU over Poland's finances.