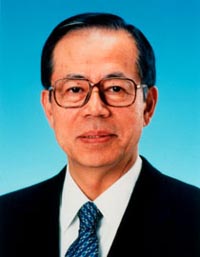 Japan’s officials knowingly underreported the amount of fuel the navy supplied to a U.S.-led coalition ship in the Indian Ocean, the country’s Defense Ministry said Monday, making it harder to renew the refueling mission.

Prime Minister Yasuo Fukuda said the blunder should not delay parliamentary debate over the mission, urging the opposition to back an extension before it runs out Nov. 1.

Japan's navy has been providing fuel for warships supporting U.S.-led forces in Afghanistan since 2001. The mission expires Nov. 1, and Fukuda has strongly pushed for a renewal.

But providing fodder for the mission's critics, the government acknowledged earlier this month that it had mistakenly reported providing 750,000 liters (about 200,000 gallons) of fuel to a U.S. warship when it had provided 3 million liters (800,000 gallons).

In a report submitted Monday to the ruling and opposition parties, the Defense Ministry acknowledged that officials were aware of the mistake back in 2003, but did not disclose it, according to a defense official who spoke on customary condition of anonymity.

"This is truly deplorable. It's shameful that such a mistake could happen," Fukuda told reporters, calling for an investigation into the incident "at the highest levels."

"I hope we are able to consider this matter as separate from our international efforts," he said.

The blunder, which concerns the refueling of a single warship in February 2003, has been trumpeted by the opposition and could jeopardize Fukuda's efforts to win parliamentary passage of an extension of the refueling mission.

Fukuda's government has come under increasing pressure from the United States to extend the mission. The government has proposed a more limited version of the mission in hopes of winning cooperation from the opposition, which controls the upper house of the Diet, or parliament.

Yukio Hatoyama, secretary-general for the main opposition Democratic Party of Japan, dismissed the move as an attempt to hide the responsibility of senior officials.

"They seem to be trying to put doubts to rest, making it seem as though it was a mistake by lower-ranked people," Hatoyama told public broadcaster NHK. "If the government gives answers based on lies, then it will become impossible for the people to believe in it."

The latest government proposal would limit Japanese ships to refueling and supplying water to ships on maritime anti-terrorism patrols, but would not allow them to refuel vessels involved in military operations in Afghanistan.

The opposition bloc has refused to cooperate, arguing the mission involves Tokyo too deeply in military operations in Iraq and Afghanistan, in violation of Japan's pacifist constitution.

The ruling coalition, which holds the lower chamber, can ultimately overrule an upper house rejection. Parliamentary proceedings are expected to spill into November, however, requiring a gap in refueling operations.