Illegal shoe factory in southeastern China was destroyed by a fire and killed 36 people and hurt almost 20. 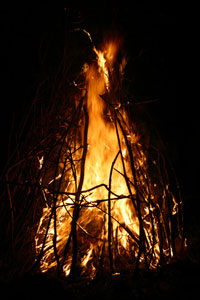 The official Xinhua News Agency mentioned that the blaze broke out Sunday night in a workshop making shoe uppers in the city of Putian in Fujian province.

"The factory had no license" noticed the State Administration of Work Safety.

The safety agency said 36 people were killed and 20 injured, although the Xinhua report had put the death toll at 34, with 21 injured.

Factory accidents in China kill thousands each year in fires, explosions and other incidents, most often blamed on insufficient safety equipment and workers ignoring safety guidelines.

A woman in the publicity department of Putian city's Public Security Bureau confirmed the blaze and said it likely started when an electric wire caught fire. Police were investigating, she said.