Brazilian police dismantled a gang that had illegally cut down and exported to the United States a rare wood commonly used to make musical instruments. 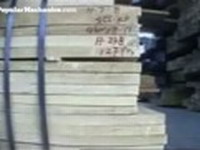 Some 350 federal officers, backed by state police and government environmental agents, arrested 23 people and were searching for two others, police inspector Tatiana Torres said Thursday by telephone from the southeastern city of Belo Horizonte.

The U.S Fish and Wildlife Service's Northeast Region Office of Law Enforcement said it carried out a search in central Massachusetts connected to the investigation, but gave no details.

Police also began serving 67 search and seizure warrants for the illegal extraction of Brazilian rosewood, an endangered tree species native to eastern Brazil and found only in this country, federal police said in a statement.

Rosewood, known in Brazil as jacaranda da bahia, is legally protected by Brazilian law and by the Convention on International Trade in Endangered Species of Wild Fauna and Flora.

Prized for use in making fine guitars and other instruments, rosewood has been listed as endangered since 1992 by Brazil 's environmental protection agency. Hard and dense, it is also fashioned into flooring, furniture, chess sets and other items.

After a five-month probe, investigators determined the gang exported at least 13 tons of rosewood in the past four years, mainly to the United States . Police declined to estimate its value.

The U.S Fish and Wildlife Service said it is working with Brazilian police to investigate the alleged illegal trade.

Brazilian police said customs agents collaborated with gang members, warning them of planned raids on shipments. The rosewood was concealed amid cheaper wood, and false export licenses indicated that the timber was not rosewood.

The statement added that agents of the U.S. Forest Service also were involved in the shipments but did not offer details.

The suspects will be charged with using false documents, criminal association and smuggling contraband, a crime punishable by up to eight years in prison, police said.