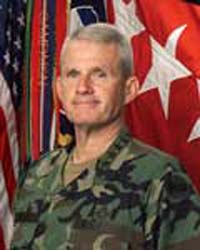 "It is difficult for me to conceive that this convoy could have originated in Iran and come to Afghanistan, without at least the knowledge of the Iranian military," he said.

Iran - already criticized by the West for a number of issues including its nuclear program - disputes the accusations, saying it is part of a broad anti-Iranian campaign and that it makes no sense for a Shiite-led government like itself to assist the fundamentalist Sunni movement of the Taliban.

The insurgents in Afghanistan have increased their use of roadside bombs this year to target foreign and Afghan troops as part of a strategy to weaken the government of President Hamid Karzai and force foreign troops to leave the country.

Military officials and analysts say Taliban militants have long copied Iraqi insurgents' tactics, but suicide and roadside bombs here have never been anywhere near as deadly or sophisticated as those in Iraq, where armor-piercing explosively formed projectiles have killed hundreds of U.S. soldiers.

McNeill did not provide any further details about the type of weapons intercepted and whether those devices have been used against NATO or Afghan troops here.

Afghanistan is going through its most violent year since the ouster of the Taliban regime in the U.S.-led invasion in 2001. More than 5,200 people - mostly militants - have died this year as a result of fighting, according to an Associated Press count based on official figures.

In trying to reach out to some of the militants, Karzai has offered peace talks with the insurgents and even positions in the government. NATO and the U.N. have said an increasing number of Taliban fighters are interested in laying down their arms.

But the Taliban's leadership and warlord Gulbuddin Hekmatyar, leader of the militant group Hezb-i-Islami, have rejected the overtures, saying international troops must first leave the country.

McNeill called for caution in attempts to open talks with the Taliban, whom he described as "a splintered and fractured organization that only exists under a general framework."

"So if you are talking to one group of the Taliban, how do you know that you are going to get a response out of all groups," McNeill said.

McNeill also said between 20 percent and 40 percent of the insurgency is financed by drug money, which also has a corrupting influence in the government.

Afghanistan has doubled its opium production over the past two years. Poppy plants now grow on 477,000 acres of Afghan land and account for 93 percent of the world's opium output, according to the United Nations.

The farm value of Afghanistan's annual crop is about $1 billion and the street-sale value of the heroin produced from it is more than $3 billion, the U.N. says.