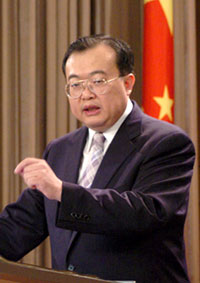 Russian, Chinese and Indian Foreign Ministers are to discuss the ways to boost economic, political cooperation during their meeting next week, China’s Foreign ministry said.

The meeting scheduled for Wednesday in the northeast Chinese city of Harbin will be the third of its kind. The meetings have fueled speculation that the consultations are aimed at forming an alliance to counter the influence of the United States in the region.

International and regional issues will be discussed, Chinese Foreign Ministry spokesman Liu Jianchao said, but stressed the talks were "not targeted against any third party."

The countries have in the past vehemently denied that they were forming a coalition against American dominance.