Apple Inc.'s online store is taking pre-orders for the next-generation operating system, Mac OS X "Leopard". It will be available Oct. 26 for $129 (€91). 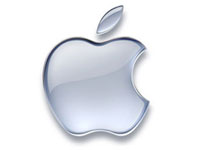 Leopard was originally due in June, but Apple said in April that it needed to divert resources so it could launch the much-anticipated iPhone on time. Such product delays are rare for the Cupertino-based company.

Leopard, which the company says will offer more than 300 new features, is the sixth major upgrade Apple has made to Mac OS X since the desktop operating system debuted in 2001.

One of the new features is "Boot Camp," which lets users install Microsoft Inc.'s Windows on Intel-based Macs, though both operating systems can't run at the same time. The feature, in a test version released last year, already has helped attract new customers to the Macintosh platform.

Mac revenues have hit record highs for the past year, and Apple's share of the PC market has grown. Analysts expect Apple's strategy of introducing products that work with Microsoft Corp.'s Windows software to further boost computer sales.

Market researcher Gartner Inc. said Apple surpassed Gateway in the second quarter to become the third-largest computer vendor in the U.S. with a 6.4 percent slice of the market, up from 5 percent in the same year period a year ago.

When Microsoft launched Vista, its first major upgrade to Windows in five years, in February, compatibility issues led some customers and computer makers to return to the older Windows XP. Industry analysts say Vista has not significantly fueled PC sales.

Consumers and schools remain Apple's main market focus, but businesses aren't being ignored: a version of Leopard for servers will launch at the same time as the consumer version, Apple said.