Parliament revised the text of the prospective referendum concerning presidential election to assure that the president is not affected. 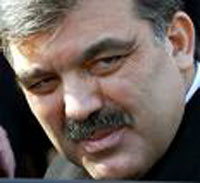 The referendum will be conducted on Sunday on who should elect the president, the people or Parliament.

The amendment, approved 386-87 in the 550-member Parliament, is designed to make sure that the change does not affect newly elected President Abdullah Gul's current, seven-year term.

Some legal analysts and opposition parties had argued that the wording could have put Gul's term in question and triggered a political crisis. The wording was set before Gul was elected.

The referendum also proposes limiting the term in office to five years, although the president would be allowed to run for a second term.

Prime Minister Recep Tayyip Erdogan has called on people to vote in favor of the changes.