School staff and students returned to an Ohio high school where they were met with supportive cheers and applause. The school had been closed since a student fired at four people then committed suicide last week. 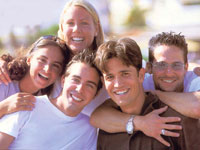 Near SuccessTech Academy, civic organizations and community leaders made a human passage for returning students and faculty. Extra security facilities, armed security and a metal detector,  were added.

School officials have repeatedly said they were trying to determine how Coon entered the building and said tapes from 26 cameras were checked to determine what happened.

School officials said last week the 50,000-student district, with 110 buildings, would install metal detectors in each school and make sure a guard is on duty in every building.

John Thrasher, a 16-year-old junior, said he felt calm as he approached the school.

"I think it's going to be much safer than the last time," he said. "We didn't have metal detectors. Now we have that. I'm going to be more comfortable."