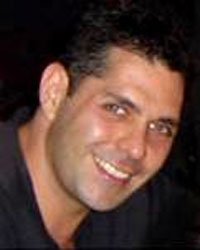 Security concerns became the reason to cancel a concert in support of a two-state solution to the Israeli-Palestinian conflict, the U.S. organizer said.

The decision came as President Mahmoud Abbas issued a statement late Thursday distancing himself from the Oct. 18 event. The New York-based One Voice organization had hoped to hold simultaneous concerts that day in a football stadium in the West Bank town of Jericho and in a part in the Israeli city of Tel Aviv.

One Voice hopes to collect one million signatures of Israelis and Palestinians demanding that their leaders negotiate a final peace deal within a year. The concerts were meant to bolster the signature campaign, with those attending the free events required to sign the petition.

In recent weeks, the idea of the concert had been the target of some criticism in the Palestinian territories. Bassam al-Salhi, a former Palestinian Cabinet minister, said the signature drive would undermine central Palestinian demands, such as upholding the right of return for Palestinian refugees.

However, the One Voice petition is phrased in general terms and includes no specific details on the nature of a final peace agreement.

Abbas said in a statement posted on the official WAFA news agency he has "no relation whatsover with the activities planned by One Voice." The statement also said Abbas urged the concert organizers to withdraw invitations or ads that would suggest Abbas is sponsoring the event.

Saeb Erekat, an Abbas aide, said the Jericho concert would have needed more preparation. He did not elaborate.

Lubetzky said he decided to call off the Jericho event amid security concerns.

"Extremist ideologists have threatened our participants in Jericho, and we felt it is our responsibility not to play with their lives," he said, but did not provide details about the threats.

Lubetzky said the Tel Aviv concert would go ahead. "It is now all the more important for the people in Israel to speak with twice as loud a voice," he said. "We plan to continue representing the voice of moderate Palestinian and Israeli citizens who want to bring an end to the conflict through a two-state solution."

Canadian singer Bryan Adams, who had a series of multi-platinum albums during the 1980s and mid-1990s, was to have performed at both concerts, along with Israeli artists in Tel Aviv and Palestinian performers in Jericho.