Turkey ready to pay for any Iraq campaign

Prime Minister Recep Tayyip Erdogan said on Friday that Turkey would be ready to pay the price of any Iraq campaign if it decides to stage a cross-border offensive against Kurdish rebels in Iraq. 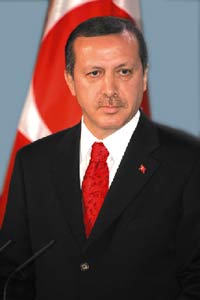 Turkey ready to pay for any Iraq campaign

"If such an option is chosen, whatever its price it will be paid," Erdogan told reporters in response to a question about international repercussions of such a decision, which is likely to strain ties with the United States and Iraq. "There could be pros and cons of such a decision but what is important is our country's interests."

The Cabinet will once again debate a decision to seek Parliament's approval to send troops abroad, Erdogan said.

"We are making necessary preparations to be ready in case we decide on a cross-border operations since we don't have patience to lose more time," Erdogan said, adding that Turkey lost 30 people in rebel attacks over the past two weeks.

Erdogan said Turkey has long been seeking the cooperation of Iraq and the United States but there has been no crackdown on the rebel group of the Kurdistan Workers Party, or PKK, in Iraq. Erdogan said a recent anti-terrorism deal signed with Iraq is not valid since it had not been approved by Iraq's parliament yet.

"If there are terrorists sheltering and attacking Turkey from Iraqi soil and if they don't do anything then we should do something," Erdogan said.

The Turkish parliament was expected to approve a government request to authorize an Iraq campaign as early as next week, after a holiday ending the Islamic holy month of Ramadan. But that does not mean a risky incursion will follow at once. Turkey might give diplomacy, and perhaps economic pressure, more time to work even as public enthusiasm for a military mission mounts.