FEMA works on plans for handful of devastating disasters

The US Federal Emergency Management Agency works on a package of plans for a handful of disasters: devastating earthquakes beneath San Francisco and St. Louis and catastrophic storms in South Florida and Hawaii, FEMA's chief said. 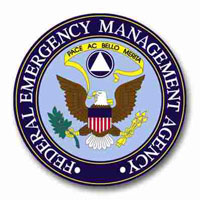 FEMA works on plans for handful of devastating disasters

In a departure from its traditional expectation that states develop such responses, the agency is forming "base plans" for responding to specific calamities, FEMA Administrator R. David Paulison said in an interview Thursday with The Associated Press.

FEMA officials expect to finish plans for a massive San Francisco-Oakland quake by the end of the year and are at work on another response blueprint for a large quake on the New Madrid fault, which runs from southern Illinois to northeastern Arkansas and lurks beneath St. Louis, Paulison said.

FEMA also is preparing for a Category 5 hurricane in the Miami area and has nearly completed response guidelines for a failure of the 143-mile (230-kilometer) dike around Lake Okeechobee, northwest of Miami, he said. About 45,000 people live in flood-prone areas around the lake.

The preparations follow complaints last year from Democratic Sens. Dianne Feinstein and Barbara Boxer, who expressed dismay that the federal government did not have a plan to respond to a catastrophic earthquake in their home state of California.

"They've got to write it," Chertoff said then of the state's primary role in a response plan.

Yet by late last year, FEMA's regional offices - not Washington headquarters - were well into the writing of some of the planning documents, a process that Paulison said began before Boxer and Feinstein aired their objections.

"We recognize that we've got to do catastrophic planning," Paulison said in Thursday's interview at FEMA's regional headquarters.

A spokesman for Chertoff did not immediately return an after-hours call for comment.

Next year, FEMA hopes to obtain additional funding to write another plan for an earthquake catastrophe in Southern California, said Nancy Ward, the administrator for the FEMA region that includes California, Arizona, Nevada, Guam, Hawaii and other Pacific islands.

FEMA has adopted a more aggressive stance toward disasters since Hurricane Katrina devastated parts of the Southeast in 2005. Paulison called it a "culture change" at FEMA.

Paulison, who did not mention a base plan for the New Orleans area, said the old model of waiting for states to plead for federal help was a recipe for "sequential failure."