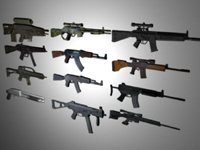 Two private security companies were shut down by Afghan authorities and more than 10 others would soon be closed, with some of them suspected of murder and robbery, Afghan and Western officials said Thursday.

Authorities on Tuesday shut down the Afghan-run security companies Wathan and Caps and 82 illegal weapons were found during the two raids in Kabul, police Gen. Ali Shah Paktiawal said.

A Western security official, speaking on condition of anonymity because of the sensitivity of the issue, said some major Western companies were on the list of at least 10 others tapped for closure, but would not give names.

The crackdown echoes efforts by authorities in Iraq to rein in private security contractors often accused of acting with impunity.