Racist-parents not to be jailed

The parents didn't want to have a black grandchild! That was the reason for kidnapping of a white woman pregnant with a black South African man's child. 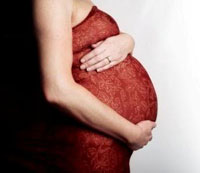 Racist-parents not to be jailed

The parents have reached a plea agreement in which they will serve no time in prison for allegedly trying to kidnap their daughter to force her to have an abortion.

Under the agreement, the couple will avoid jail time and the assault charge will be dropped once they complete counseling, Hallett said.

"The reality is this was a family matter from the get-go. We tried to resolve this in the best way possible. It was in the best interest of everyone not to blow this up into a big trial," Hallett said.

The Kampfs were accused of tying up their daughter Katelyn, forcing her into their car and heading toward New York for an abortion. They were arrested last September at a shopping center in Salem, New Hampshire, after Katelyn fled and called police on a cell phone.

"She's just letting my parents get off with barely a slap on the wrist," Kampf told the Portland Press Herald in Wednesday's edition.

Breaking her silence on the ordeal, Katelyn Kampf described a harrowing experience that ensued on Sept. 15, 2006, after her parents learned she was pregnant with a mixed-race baby. Reme Johnson, her boyfriend at the time, is black.

"I did end up making a run for it," she told broadcaster WMTW-TV in an interview. "At one point, I ran out of the house. My father chased me down our driveway and tackled me, and I had grass stains all over, and I was screaming for help."

After she escaped at a shopping center in Salem, New Hampshire, police found a .22-caliber rifle, duct tape and rope in the parents' car.

Kampf could not be reached for additional comment Wednesday, and her attorney and the district attorney didn't immediately return calls from The Associated Press.

Hallett denied that the Kampfs were racist - calling the accusation "garbage" - but said the parents were troubled by the unplanned pregnancy.

"These were two parents who were absolutely torn apart by what was happening to their daughter, just torn apart," Hallett said. "It was like a nuclear explosion going off in any family that has to face a similar situation."

The baby's father, Reme Johnson, is being held by immigration officials and scheduled to be deported to his native South Africa after serving time for receiving stolen property.