Ex-prisoners not to demand redress

Five Bulgarian nurses and a Palestinian doctor were freed by Libya. They have spent more than eight years in prison for allegedly infecting children with HIV. Health workers waived their right to seek redress from Libya. 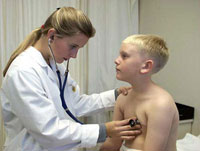 Ex-prisoners not to demand redress

"Yes, we signed such papers," Dr. Ashraf al-Hazouz told journalists at the European Parliament, where the group attended meetings with the assembly's political groups and president.

Al-Hazouz did not elaborate on the nature of the documents, nor did he say who asked the group to sign them. But he said the six medics will not ask for financial compensation.

The six were freed in July following intense diplomatic efforts by the European Commission and French President Nicolas Sarkozy and his wife, Cecilia.

The European Commission, which was involved in the negotiations to free the medics, said it had no knowledge of any waivers signed by the group.

"We don't know if they've signed anything; if they did, we weren't there," said Christiane Hohmann, spokeswoman for EU External Relations Commissioner Benita Ferrero-Waldner.

The exact circumstances of the medics' release remain unclear. Cecilia Sarkozy told L'Est Republicain newspaper she "negotiated relentlessly" with Libyan officials for 50 hours after arriving in Tripoli, the country's capital, to get them free.

In Paris, the French parliament's foreign affairs committee on Wednesday agreed to set up an inquiry committee to look into the events in Tripoli.

Socialist lawmaker Pierre Moscovici, who will chair the group, said it aimed to clarify whether any "financial, military or nuclear concessions" were granted to Libya in exchange for the release of the group.

A British member of the European Parliament said he had put a written question to Ferrero-Waldner asking her to shed some light on the circumstances under which the six were freed.

"For eight years we were ineffective. I think there's a case to be answered. Libya should compensate the medics," British Conservative Geoffrey Van Orden told The Associated Press.

Al-Hazouz and nurse Valentina Siropulo said they would not seek financial compensation from Libya.

"We're not going to ask for money from Libya, a country that has caused us so much suffering," Siropulo said.

But Al-Hazouz urged the EU to "open its human rights file on Libya with a surgical knife."

"The EU has a moral responsibility to do that," he said, adding that the group was victim of "dirty politics."

Libya had accused the five nurses and the doctor _ who has been granted Bulgarian citizenship _ of deliberately infecting more than 400 Libyan children with HIV; 50 of the children died.

International experts testified at their trial that the infections were caused by unclean conditions at the hospitals where the children were treated.

The medics, jailed since 1999, were initially sentenced to death, but later had their sentences commuted to life imprisonment. They deny the charge and say confessions were extracted under torture.

In 2005, the nurses filed suits for torture against 10 Libyan officers, but the charges were rejected by a Libyan court.

The five nurses _ all mothers _ traveled to Libya nearly a decade ago, attracted by promises of higher-paying jobs. They were sent through a Bulgarian recruitment agency to al-Fath Children's Hospital in Libya's second-largest city, Benghazi. They were arrested the year after their arrival.

Following the medics' release the EU said it would offer Libya a wide-ranging package of better economic and political ties _ potentially worth billions of euros (dollars) _ from the opening of markets for Libyan imports to easier travel, allowing Tripoli to shed its status as a pariah nation.

U.N. sanctions against Libya were lifted after 11 years in 2003 when Gadhafi announced he was dismantling his nuclear weapons program. That same year, Libya accepted responsibility for the 1988 bombing of Pan Am Flight 103 over Lockerbie, Scotland, and agreed to pay restitution to the families of the 270 victims.