The Columbia university's president planned a community meeting Wednesday for students to discuss the discovery of a hangman's noose on a black professor's office door.This incident is an assault on the entire university. 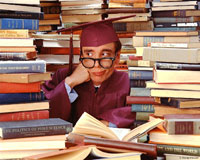 Police are investigating the incident, which was reported Tuesday, as a hate crime but said they had no official suspects yet.

"This is an assault on African Americans and therefore it is an assault on every one of us. I know I speak on behalf of every member of our communities in condemning this horrible action," Columbia President Lee Bollinger said Tuesday.

The noose, an echo of other recent incidents involving the symbol reviled by many for its association with the lynchings of the Old South, was hung up on the door of a prominent racial justice professor's office door at the university's Teacher's College.

The Teachers College, the Ivy League university's graduate school of education, planned a community meeting Wednesday afternoon to discuss the incident. Students said they would dress in black clothing for a rally before the town hall to protest the hate crime.

The professor was identified as Madonna Constantine, who teaches psychology and education and is the author of a book entitled "Addressing Racism: Facilitating Cultural Competence in Mental Health and Educational Settings."

Students said Constantine, who is black, teaches a class on racial justice.

Calls to the publicist for Teachers College and Constantine's office were not immediately returned.

The noose incident comes as critics continue to voice outrage over the arrest of six black teens in the small Louisiana town of Jena last year. Authorities say the teens beat a white schoolmate as racial tensions soared in the school after three white students strung up a noose on a schoolyard tree. The white teens were suspended, but not prosecuted.

Derald Wing Sue, an adjunct professor at the college who does research with Constantine, said he was at work Tuesday morning when another colleague spotted the noose hanging on Constantine's door. She was not in her office at the time.

"Clearly, it was symbolic act of racial hatred that was intended to intimate," Sue said. "I felt outraged and anger that this was directed at such a close colleague and friend of mine."

Sue, who also studies and writes about race issues, said he informed Constantine about the noose and she was devastated.

An e-mail to Constantine was not immediately returned Wednesday.

Columbia has been the site of other campus turmoil, most recently last month when Iranian President Mahmoud Ahmadinejad was invited to speak, prompting protests by groups angry over his statements questioning the existence of the Holocaust.

In comments preceding Ahdmadinejad's speech, Bollinger assailed the Iranian leader, saying he exhibited "all the signs of a petty and cruel dictator" who was "brazenly provocative or astonishingly uneducated" in his arguments about the Holocaust.

Last fall, Columbia was in the spotlight when a group of students stormed a stage to silence a speech by Jim Gilchrist, the founder of a group opposed to illegal immigration.

As word of the incident spread, both students and faculty expressed outraged.

In the message to the college's 5,000 students and 150 faculty members explaining why police were on campus Tuesday, Teacher's College president Susan H. Fuhrman said: "The Teachers College community and I deplore this hateful act, which violates every Teachers College and societal norm."

Teachers College, founded in 1887, describes itself as the nation's oldest and largest graduate school of education.

According to its Web page, the college brought black teachers from the South to New York for training in the early part of the 20th century, when schools in the South were segregated.

The college has a diverse student body, including students from nearly 80 countries. The racial breakdown is 12 percent black, 11 percent Asian American and 7 percent Hispanic.