The government meets U.S. homeowners half-way. A new mortgage industry coalition will help them to avoid traps in a rising tide of foreclosures. 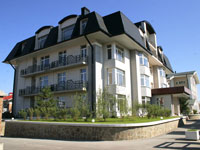 Treasury Secretary Henry Paulson said the initiative would help coordinate efforts by financial companies to help an estimated 2 million homeowners whose introductory mortgages with low rates are now resetting at much higher rates, greatly increasing the risk they will default on the loans

"A combination of stagnant or falling house prices, low down payment mortgages and resetting adjustable-rate mortgage rates are creating real challenges for many American homeowners," Paulson said in a statement.

He said that 11 of the largest mortgage service companies, representing 60 percent of all mortgages in the country, had agreed to join the new coalition. Other members will include mortgage counseling agencies, investors and large trade organizations.

"These leaders recognize that by working together, coordinating and scaling up their activities, they will be able to work toward the goal to help more homeowners," Paulson said.

The new initiative, which has been dubbed HOPE NOW, follows an announcement by Bush on Aug. 31 that his administration was making changes in the Federal Home Loan Administration insured-loan program so that more people could qualify for FHA-insured loans.

Democrats, however, have criticized the administration, saying the actions so far have been too little and too late to significantly address a growing foreclosure crisis as American homeowners struggle to deal with sharp increases in their adjustable mortgage payments.

The rising defaults, which started in the market for subprime mortgages - loans offered to people with weak credit histories - roiled global financial markets in August, prompting the Federal Reserve to cut interest rates last month to make sure the U.S. did not get pushed into a recession.

Paulson said the new coalition had put together an "aggressive plan to reach more homeowners and help them find a way to stay in their homes."

He said that he was happy to see that the American Securitization Forum, which represents investors who buy mortgages that have been repackaged into securities, had agreed to join the alliance. He expressed hope the group would grow to represent more than 60 percent of outstanding mortgages.

"We need greater participation if we are going to get to all those that need help as quickly as possible," he said.