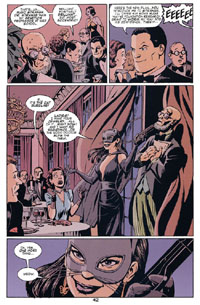 A local collector has bought a near-mint copy of Detective Comics No. 27, a pre-World War II comic featuring Batman's debut, found in an attic.

The comic is considered to be the second-most valuable available and can fetch up to $500,000 (EUR356,200). The only comic considered more valuable is Action Comics No. 1, in which Superman makes his first appearance.

Collector Todd McDevitt said the Batman issue he bought is worth about $250,000 (EUR178,100), but he will mot say exactly how much he paid or who sold it to him.

"It was a typical story of someone cleaning up junk in their attic and finding an old comic book and wondering if this was one of those ones that was worth a lot of money," McDevitt told the Beaver County Times.

McDevitt, owner of the Pittsburgh region's five New Dimension Comics stores, said he has been saving money since 1986 so that he could buy a valuable comic when it appeared.

When the seller walked in with the Batman issue, "my eyes almost popped out of my head," McDevitt said.

"I guess I should have been more reserved, but I'm not a very good poker player," he said.

Experts estimate there are between 20 and a few hundred copies of the Batman debut.

McDevitt's comic now sits safely in an airtight bag in a bank vault. On occasion, he takes it out to show friends and customers.

"I've been toying with the idea of reading it, but I haven't yet," he said. "I'm going to savor it."