Malaysia prepares to watch its first astronaut blast into space

Malaysia prepared to celebrate Wednesday as the country's first astronaut readied for blastoff aboard a Russian rocket bound for the International Space Station - vowing as a Muslim to keep praying and fasting in space. 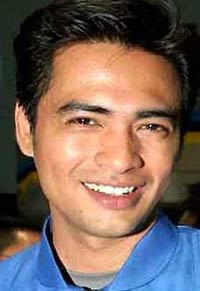 Malaysia prepares to watch its first astronaut blast into space

Television networks were planning live broadcast of Sheikh Muszaphar Shukor lifting off late Wednesday in a Soyuz-FG rocket, adorned with a Malaysian flag, from the Baikonur cosmodrome in Kazakhstan.

"I am very happy that our man has been chosen to join this special mission into space," Prime Minister Abdullah Ahmad Badawi said. "I hope he will do well."

Sheikh Muszaphar will be accompanied by American Peggy Whitson and Russian Yuri Malenchenko during the 12-day stay on the space station to conduct scientific experiments.

Malaysian newspapers Wednesday devoted several pages and published special pullouts about the mission, which coincides with the last days of Ramadan, the holy month when Muslims fast from dawn until sundown.

Sheikh Muszaphar wrote in his Web journal Tuesday that he "definitely would be praying and fasting in space," even though Malaysian clerics decreed he can be excused from fasting.

"I am not sure how it would be done but I will share my experiences (with) all the Muslims all over the world when I get back," Sheikh Muszaphar wrote.

Islam requires that he face Mecca for prayer - a direction that will change as the craft orbits the earth - but clerics decided the exact location matters only for the start of the ritual.

Sheikh Muszaphar, a 35-year-old physician, beat more than 11,000 applicants in a nationwide search that began in 2003 to be Malaysia's first astronaut.

He said he was taking vacuum-packed Malaysian food, including skewered chicken, banana rolls, fermented soybean cakes and ginger jelly, to celebrate Eid al-Fitr, the end of Ramadan, in space.

"I hope to ... share them with the rest of the cosmonauts," he wrote. "I am hoping to introduce Malaysian culture and tradition to the whole world."

Sheikh Muszaphar - a bachelor widely regarded as a heartthrob due to his handsome looks - is to experiment with microbes of tropical diseases and with proteins for a potential HIV vaccine, and study the effects of microgravity and space radiation on cancer cells and human genes.

The US$25 million (EUR17.7 million) agreement for a Malaysian to fly to space was negotiated in 2003 with a US$900 million (EUR637 million) deal for Malaysia to buy 18 Russian fighter jets.

Sheikh Muszaphar, who underwent months of training in Russia, is slated to return Oct. 21 with two Russian members of the current space station crew.