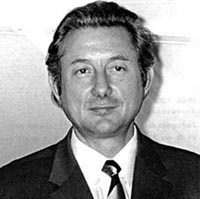 Tycoons Karl and Theo Albrecht's families are the richest people of Germany, a report said Tuesday.

A survey by Manager Magazin put Karl Albrecht, 87, and his immediate family's net worth at EUR17.5 billion (US$24.7 billion). That was just slightly ahead of brother Theo Albrecht, 85, and his family who were estimated to be worth EUR17 billion (US$24 billion).

The Porsche family, whose famous luxury cars bear the family name, came in third with a net worth of EUR12.45 billion (US$17.5 billion).

The richest "large family" - which could have several hundred people according to the magazine's criteria - was the Brenninkmeijer family, owners of C&A clothing stores, with a net worth of EUR25 billion (US$35.2 billion).

In March, Forbes magazine estimated Karl Albrecht's wealth at US$20 billion, putting him in 15th place on the list of the world's richest people at the time.

Theo Albrecht was number 20 on the Forbes list with a net worth of US$17.5 billion.

Microsoft founder Bill Gates topped the Forbes list with a net worth of US$56 billion.