Melissa has maximum sustained winds near 40 mph (64 kph) and slight strengthening is forecast during the next 24 hours, according to the U.S. National Hurricane Center.

At 0900 GMT, the storm's center was located about 260 miles (420 kilometers) west-southwest of the Cape Verde islands. It was moving west at about 3 mph (5 kph), but was expected to make a gradual turn toward the west-northwest and pick up speed.

Tropical storm force winds extend outward up to 70 miles (112 kilometers) from the center.

Former adviser to the US Secretary of Defense Douglas McGregor said that all statements about the possible start of a nuclear war are completely absurd. In his opinion, Washington wants to intimidate the public and sow panic among the population. The retired colonel is convinced that Russia can only retaliate with a nuclear strike if attacked by the United States. 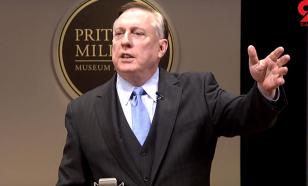