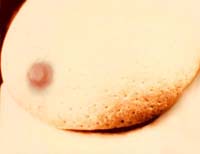 The U.S. researchers said Thursday that all alcohol adds equally to the risk of developing breast cancer.

"This is a hugely underestimated risk factor," said Dr. Patrick Maisonneuve, head of epidemiology at the European Institute of Oncology in Italy, who was not connected to the study.

"Women drinking wine because they think it is healthier than beer are wrong," he said. "It's about the amount of alcohol consumed, not the type."

Previous studies have shown a link between alcohol consumption and breast cancer, but there have been conflicting messages about whether different kinds of alcohol were more dangerous than others.

The researchers, led by Dr. Arthur Klatsky of the Kaiser Permanente Medical Care Program in Oakland, United States, revealed their findings at a meeting of the European Cancer Organization in Barcelona.

Researchers analyzed the drinking habits of 70,033 women of various races, and asked them questions during health exams between 1978 and 1985. By 2004, 2,829 of these women had been diagnosed with breast cancer.

Klatsky and his colleagues looked at which types of alcohol the women drank, as well as their total alcohol intake. They compared that to women who drank less than one drink a day.

Researchers found no difference in the risk of developing breast cancer among women who drank wine, beer, or liquor. Compared to light drinkers - those who drank less than one drink a day - women who had one or two drinks a day increased their risk of developing breast cancer by 10 percent. Women who drank more than three drinks a day raised their risk by 30 percent.

"A 30 percent increased risk is not trivial," Klatsky said. "It provides more evidence for why heavy drinkers should quit or cut down."

Some experts said that people might be confused by suggestions that drinking red wine is healthy, since some studies have suggested that it protects against heart disease.

"None of these mechanisms have anything to do with breast cancer," Klatsky said. Though it is not entirely clear how alcohol contributes to breast cancer, some experts think it raises hormone levels in the blood to levels that could potentially cause cancer.

Still, doctors said that other factors, such as genetics, obesity, and age, were more important in raising the breast cancer risk than was alcohol consumption.

More public education may be needed. "Alcohol has had a lot of good publicity. People may not realize the risk they're taking when they have a few drinks," said Tim Key, of the Cancer Research UK Epidemiology Unit at Oxford. Key was not involved in the study.

According to data published in the British Journal of Cancer in 2002, four percent of all breast cancers - about 44,000 cases a year - in the United Kingdom are due to alcohol consumption.

Only a small proportion of women are thought to be heavy drinkers. But experts now say there is enough evidence to blame alcohol for breast cancer - and to start educating the public.

"Any alcohol consumption will raise your breast cancer risk," Key said. "Women don't have to abstain from alcohol entirely, but they need to be aware of the risks they're taking when they have a few too many drinks."