Complaints by the Orthodox Church and right wing critics have made Greece's conservative government withdrew a sixth-grade history text book from state schools Tuesday –for it contained inaccuracies and was unpatriotic. 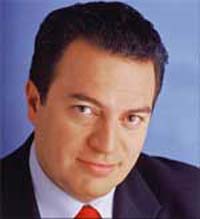 New Education Minister Evripidis Stylianidis said the book was removed from the national curriculum after a panel of ministry experts reviewed it Monday.

"Given the serious reservations regarding the content of the book, it has been decided that the book will be withdrawn," Stylianidis said. "It will be replaced with the older textbook until a new book is ready."

The book had been issued during the previous academic year. But it faced fierce criticism from conservative commentators and many academics who argued that it minimized the suffering of Greeks following the country's defeat by Turkey in a 1919-1922 war.

Historical rivalry between Greece and Turkey has eased in recent years, but they remain at odds over the divided island of Cyprus and disputed boundaries in the Aegean Sea. Athens has supported Ankara's bid to join the European Union, and the two countries have forged stronger economic ties.

The government had promised to amend the book in August but the issue was repeatedly raised during a campaign for the Sept. 16 general election, in which the conservative government won re-election. The rightist LAOS party won enough votes to enter parliament for the first time, after campaigning for the withdrawal of the book and supporting tougher policies against traditional rival Turkey.

Stylianidis took over the ministry after the elections from Marietta Giannakou, who was not re-elected to parliament.

On Tuesday, he denied that he had given in to right-wing pressure. "School books are constantly reviewed and assessed by the ministry. That's how it works," he said.

But the widely anticipated decision was criticized by liberal newspapers.

"Put simply, this is LAOS' first victory," wrote commentator Stavros Theodorakis in the Athens daily Ta Nea. "I am sure their next request will be to shred the books and use the paper to make a statue of Alexander the Great outside parliament."