U.N. member states discussed the removal of the head of the body's patent agency over allegations of impropriety and a culture of mismanagement at the organization. 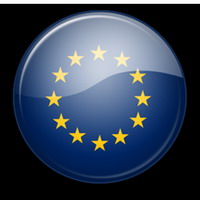 Diplomats from the U.S., EU and other industrialized nations said they want the World Intellectual Property Organization to act on reports its director-general used an apparently false birth date to get jobs and win promotions.

Sudan-born Kamil Idris has been under fire since an internal report last November found he had claimed his year of birth as 1945 when he applied to join the agency, then changed it to 1954 last year.

The earlier date would have helped him get his first job at WIPO in 1982 and subsequent promotions until 1997, when he landed the post of director-general at the agency. The later birth date could enhance his retirement benefits, the report said.

Diplomats, speaking on condition of anonymity because they were not authorized to discuss the issue publicly, said an official delegation from the European Union met with Idris on Thursday and suggested he step down to avoid further damage to the organization's credibility.

Asked to comment on the European request, WIPO said: "The director-general was unanimously elected for a second six-year term in 2003. His current mandate ends in November 2009." The agency did not elaborate further.

Under pressure from the United States, the issue will likely be raised at next week's assembly of WIPO member states in Geneva, despite resistance from developing countries who have supported Idris and described the allegations against him as a smear campaign with racist undertones.

Idris has always denied he tried to profit from the age change, blaming the discrepancy on a typographical error.

A U.S. official said Washington had "strong concerns" about the accuracy of Idris' past applications for U.S. visas and was considering whether that should result in denying future visa applications.

The Associated Press has learned that Idris also made inaccurate claims about his qualifications when he applied for jobs.

Idris' 1982 application said he obtained a master's degree in international law from Ohio University in 1978. But Jessica Stark, spokeswoman for the university, told the AP Idris attended from Sept 12, 1977, to June 10, 1978, when he received a Master of Arts in African Studies.

Adding to the confusion, the audit said Idris registered at the university with a third birth date - August 26, 1953, a year earlier than the revised date.

Switzerland, which plays an active role in WIPO, said it was time to find a new leader.

"The current priority for Switzerland now is to prepare in the shortest time the succession process for the director-general of WIPO in order to secure the future of this organization, which is in great need of being rebuilt," said Raphael Saborit, a spokesman for the Swiss Foreign Ministry.

The allegations against Idris are not the only problem haunting the agency.

A report in June by external auditors PricewaterhouseCoopers described a chaotic staffing situation at WIPO with employees taking unreasonable amounts of sick leave having low morale.

Western diplomats are keen to restore confidence in WIPO, which is viewed as an increasingly important organization within the U.N. system because of the growing economic value countries place on copyrights, patents and other means of protecting intellectual property.

WIPO is unique among U.N. agencies because it achieves a multimillion dollar (euro) surplus by charging fees on patent registrations and other commercial services, rather than having member states paying operating costs.