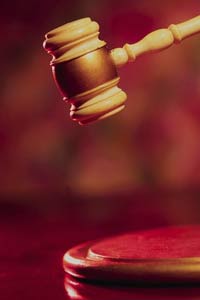 The horse head was originally scheduled for auction Oct. 9 by its previous Taiwanese owner, but Ho pre-empted the sale with his offer, Sotheby's said in a statement seen Friday.

"With this move, I hope to encourage more people to take part in preserving Chinese artifacts and to promote patriotism and nationalism," Ho was quoted as saying in the statement.

The piece is one of 12 animal heads from the Chinese zodiac that formed part of an elaborate water clock fountain designed by Jesuit missionaries. The 12 heads marked time by spouting water.

The Chinese government says the 12 heads were looted by British and French troops during the second Opium War in 1860 from Beijing's Yuan Ming Yuan, also known as the Old Summer Palace.

French soldiers took the horse head back to France where it was sold in the early 1860s. The piece resurfaced in 1989 when the Taiwanese collector bought it.

"The price is a bit high ... but the relic is now returned to its owner. I'm giving it back to the country, so it's OK," Ho was quoted as saying Friday by the Apple Daily.

Ho is best known for his casino monopoly in the southern Chinese gambling enclave Macau. The Macau government ended his monopoly in 2002 and he now faces competition from Las Vegas casino operators.

Sotheby's said Ho will display the horse head at a Sotheby's auction in Hong Kong Oct. 4-8, then move it to his Grand Lisboa casino in Macau on Oct. 9.

Only seven of the 12 animal heads from the fountain have been located. The Poly Art Museum in Beijing houses the tiger, monkey, ox and boar heads, while the rabbit and rat are part of a private European collection.

The Chinese government has previously spent more than US$4 million (EUR2.9 million) to buy back three of the heads - the tiger, ox and monkey - at auctions.