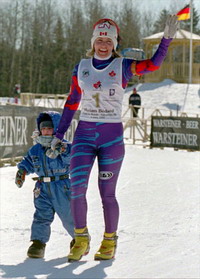 Sentencing arguments were scheduled to begin shortly after jurors handed down the verdict on their third day of deliberations.

The 37-year-old former Olympic biathlete faced a charge of breaching a custody order between last Oct. 3 and Dec. 22 by taking her daughter, who was then 11, to the United States. U.S. marshals found her and the girl, Maude, at a hotel a suburb between Baltimore and Washington, D.C.

Bedard's lawyer said during the trial his client did not prevent her ex-husband, Jean Paquet, from seeing the girl and that he was often unavailable.

The prosecution argued the opposite.

Bedard won three Olympic medals, including two golds in the biathlon at the 1994 Winter Olympics in Lillehammer, Norway.