France says world needs to be ready to attack Iran

European countries consider a possibility of imposing their own sanctions against Iran because of its stance to shut down the nuclear program. The statement sounded from the foreign Minister of France, Bernard Kouchner, who appeared on RTL radio on Sunday and said that the sanctions of the United Nations imposed against Iran were not effective. 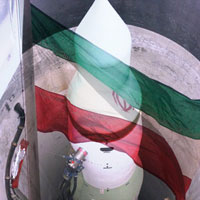 France says world needs to be ready to attack Iran

Kouchner also said during his speech that the international community needs to be prepared for a possible war against Iran in the event it eventually develops nuclear arms.

The United States, its European allies and other world powers suspect Iranian authorities of seeking nuclear weapons, though Tehran insists its atomic activities are aimed only at producing energy.

Negotiations and two sets of U.N. Security Council sanctions have failed to persuade Iran to stop its uranium enrichment program, a process that can produce fuel for nuclear power plants as well as material used in atomic weapons.

Kouchner called for "more effective sanctions" against Iran if it continues to resist the demand.

"We will not accept that such a bomb is made," Kouchner said. "We must prepare ourselves for the worst," he said, specifying that that would be war. He did not elaborate on what kind of preparations that could entail.

"We have decided, while negotiations are under way ... to prepare for eventual sanctions outside the United Nations, which would be European sanctions," he said.

Kouchner was not specific about what penalties Europe might impose, other than to say they could be "economic sanctions regarding financial movements."

"Our German friends proposed this. We discussed it a few days ago," he said.

"The international community's demand is simple: They must stop enriching uranium," Kouchner said. "Our Iranian friends want to create, they say, civilian nuclear energy. They have the right to that, but all that they are doing proves the contrary. That is why we are worried."

Kouchner, an outspoken humanitarian campaigner who went to Iraq last month to raise France's profile there and smooth over relations with Washington, called the standoff over Iran's nuclear program the greatest international crisis of the day.

Sarkozy is seen as taking a somewhat tougher line on Iran than his predecessor Jacques Chirac had, and is also seen as more friendly to the United States.