Court will soon decide whether the leader of a polygamist sect coerced a 14-year-old girl into marrying her older cousin. 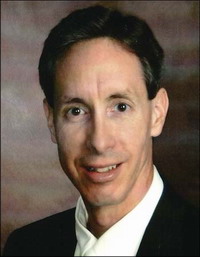 Warren Jeffs, the head of the Fundamentalist Church of Jesus Christ of Latter Day Saints, which broke away from the Mormon church, is charged with two counts of rape by accomplice in the girl's marriage to her 19-year-old cousin.

The girl has testified that Jeffs told her she risked her salvation if she refused to enter the religious union in 2001.

Jeffs, 51, was a fugitive for nearly two years and was on the FBI's Most Wanted list when he was arrested during a traffic stop outside Las Vegas. If convicted, he could spend the rest of his life behind bars.

Jeffs has led the FLDS church since 2002. Followers see him as a prophet who communicates with God and holds dominion over their salvation. Former church members say the one-time school principal reigns with an iron fist, demanding perfect obedience from followers.

Opening statements are expected Thursday after more than three days of jury selection. The trial is expected to last through next week.

Many had speculated it would be difficult to seat an impartial jury in Washington County because of intense media coverage and because Jeffs' insular FLDS church is based only about 50 miles (80 kilometers) east in the twin border towns of Hildale, Utah, and Colorado City, Arizona.

In questioning with one prospective juror Wednesday, State Fifth District Judge James Shumate said polygamists perceive themselves as involved in a civil rights struggle, similar to that of blacks who "refused to sit in the back of the bus" in the 1950s.

Polygamy advocates have long contended that the freedom to practice plural marriage as part of their religion is a civil rights matter. FLDS members believe polygamy brings exaltation in heaven.

The practice is banned in the Utah Constitution, though, and it is considered a felony offense. The Mormon church disavowed polygamy in 1890 and excommunicates members found to still be practicing plural marriage.

Jeffs is not charged with being a polygamist, and the marriage between the cousins was monogamous. Still, polygamy casts a long shadow over the case.

Some hold the practice "as an intentional act of civil disobedience, just as in the civil-rights era when some members of our African-American community refused to sit in the back of the bus," Shumate said.

But polygamy, he said, "cannot be allowed by jurors to be a focus of concern."

Jeffs' attorneys also have used a civil rights comparison in asking potential jurors if they are bothered that the sect embraces an illegal practice.

In Arizona, Jeffs was indicted earlier this year on eight felony charges involving marriages between two teenage girls and older men. He is charged as an accomplice with four counts of incest and four counts of sexual contact with a minor.

He also faces four felony counts under 2005 indictments for sexual contact with a minor and conspiracy in more marriages involving young girls.