A man apologized to fellow university student two decades after sexual assault as part of the Alcoholics Anonymous program. He was released Thursday after serving less than six months of an 18-month sentence. 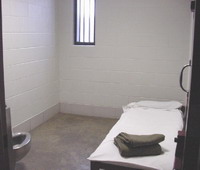 William Beebe, 42, pleaded guilty in November to aggravated sexual battery for attacking Liz Seccuro at a University of Virginia party in 1984. In March, a judge ordered a 10-year prison sentence with all but 18 months suspended.

Virginia abolished parole for all crimes committed after 1994, but because the crime occurred a decade earlier, Beebe was a candidate for early release.

"Having waited 20 years for justice this shortened sentence makes justice feel incomplete," Seccuro wrote in an e-mail. "I take heart in the knowledge that the punishment for this crime is more certain today in Virginia."

"This matter came to light because he tried to right a wrong," said his attorney, Rhonda Quagliana. "Mr. Beebe has been sufficiently punished for his misjudgment."

In 2005, Beebe wrote Seccuro a letter of apology as part of AA's 12-step recovery program. The ninth step calls on alcoholics to make amends to those they have harmed - unless doing so would cause further injury. In an exchange of e-mails that ensued, Beebe wrote: "I want to make clear that I'm not intentionally minimizing the fact of having raped you. I did."

Seccuro, 40, reported the assault to university officials back in 1984, but said a dean and the campus police treated her dismissively. After receiving Beebe's letter, she eventually decided to call police. There is no statute of limitations on felonies in Virginia.

Beebe had originally been charged with rape and object sexual penetration and could have received life in prison. But last November, he pleaded guilty to a lesser charge as part of a plea deal after investigators uncovered information suggesting Seccuro was attacked by more than one person.

Seccuro went public with her name and story, hoping to lead other sexual assault survivors to seek help. She launched STARS - Sisters Together Assisting Rape Survivors - to raise money for rape victims and their families.

Seccuro said she was concerned that Beebe's shortened sentence will deter other sexual assault victims from contacting authorities.

"Please do come forward, find your voice, allow the system to work and be your own advocates," she wrote. "Let this case be an example not of the failures of the system, but how we can make it better."