A suspicious package on the lower level of Detroit Metropolitan Airport caused evacuation. 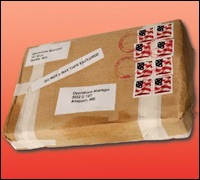 Wayne County airport police and an explosives ordinance disposal unit responded to the area and removed the package about 10:50 a.m., she said.

The package was determined to be safe for removal and taken from the area, airport spokesman Mike Conway said. He would not describe the package, what it contained or say what manner of disposal was used.

After the package was discovered, a 91-meter radius around it was cleared, per standard security precautions, said Scott Roberts, another airport spokesman.

The check-in, baggage claim and roadway just outside the terminal were evacuated and closed until 11 a.m.

The Transportation Safety Administration was investigating the incident, Uselding said.

The airport is about 25 miles (40 kilometers) west of Detroit.