500 Swedish Muslims are against prophet drawing in Swedish paper

About 500 Swedish Muslims protested against a drawing of the Prophet Muhammad in the local newspaper. 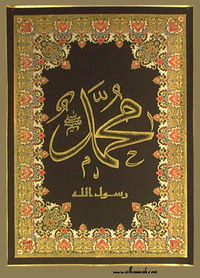 500 Swedish Muslims are against prophet drawing in Swedish paper

Upsala Nya Tidning published one of a series of drawings by Swedish artist Lars Vilks last month, depicting Muhammad's head on a dog's body. Islamic law is interpreted to forbid any depiction of the prophet for fear it could lead to idolatry.

Iran and Pakistan have protested the drawings.

Another Swedish newspaper, the Nerikes Allehanda newspaper in Orebro, also printed the cartoon made by Vilks in an Aug. 19 editorial that criticized Swedish art galleries for not displaying Vilks' art.

Last year, violent protests broke out in Muslim countries after Danish newspaper Jyllands-Posten published drawings of the Prophet Muhammad, including one that depicted him wearing a turban shaped as a bomb.