Federal agents detained the self-proclaimed leader of an American Indian tribe Thursday during a multistate investigation into the sale of tribal memberships to immigrants. 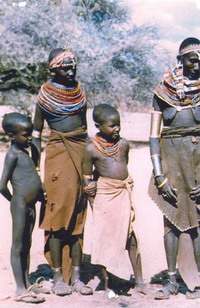 The Kaweah Indian Nation, which was denied U.S. recognition in 1984, is suspected of selling tribal memberships to illegal immigrants with the promise the documents would protect them from deportation.

On Aug. 15, the tribe's secretary, a woman from El Salvador, and her Guatemalan husband were charged with federal immigration violations that prosecutors said were related to the case.

Days later, the Texas attorney general's office sued tribal leader Malcolm L. Webber, the Kaweah Indian Nation Inc. and two other tribal members, accusing them of fraudulently selling memberships by claiming that tribal members could get a Social Security number and then U.S. citizenship once the tribe is federally recognized.

No charges had been filed against Webber, also known as Chief Grand Chief Thunderbird IV, by Thursday afternoon, though a spokesman for the U.S. attorney's office said he expects federal charges will be filed.

Tribal spokesman Manuel Urbina could not be reached on his cell phone. No tribal members could be found at their headquarters, where U.S. agents were seen going through cardboard boxes of records. Webber has declined repeated requests for comment since reports of the federal investigation first surfaced.

In the past, Urbina has denied the tribe, which claims to have 10,000 members across the United States, was doing anything illegal. He claimed others who were not part of the tribe were selling tribal documents.

The Kaweah's pitch to immigrants became public when the Nebraska Mexican-American Commission posted a warning on its Web site.

"I'm just impressed that the arrest took place so quickly," said Angel Freytez, spokesman for the Nebraska Mexican-American Commission. "Regardless of (immigrants') status in the U.S., we cannot allow other people to profit from the drama and tragedy of others."

"Even though you consider yourself a victim, if you're here unlawfully you potentially put yourself at risk," Cabrera said. "So that's why it's very important to be very vigilant."