Norman Mailer gets in hospital 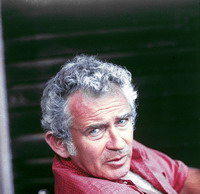 Norman Mailer gets in hospital

Prickett declined to say when Mailer was released or name the hospital where he stayed.

Mailer has since returned to his Provincetown, Massachusetts, home, is doing well and is preparing for his daughter's upcoming wedding, Prickett said.

Mailer earned notice for his debut novel, 1948's "The Naked and the Dead," based on his experiences as an infantryman in the South Pacific during World War II.

He won his first Pulitzer in 1969 for "Armies of the Night", a nonfiction book about the anti-Vietnam War march on the Pentagon. He won again in 1980 for "The Executioner's Song", about the life and execution of Utah murderer Gary Gilmore.