Simon & Schuster CEO Jack Romanos, is going to retire after a 40-year career in publishing. 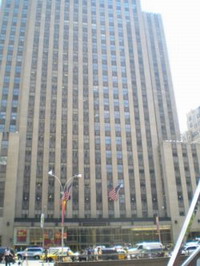 "I feel there is enormous pressure on book publishers for leisure time, with all the competition from TV and the Internet and DVDs and cable television and all the other possibilities, which is why I think that growth has been modest," Romanos said in an interview with The Associated Press.

"I do think the digital option - electronic books, print-on-demand and any other application of digital content, are extremely positive ramifications for our business and that in the next decade that's what executives should be focusing their energy on."

Romanos, who turns 65 on Nov. 1, said that retirement makes sense, professionally and personally. Simon & Schuster, which publishes such best-selling authors as Stephen King, David McCullough and Bob Woodward, is enjoying record-breaking growth in an otherwise slow market. And Romanos had long promised to himself that he would step down at 65.

"I'm just blue collar enough to think that 65 is a magical number for retirement and that giving other people the opportunity to step in seems right to me," said Romanos, who joined Simon & Schuster in 1985 after working at Fawcett Publications and Bantam Books and became CEO and president in 2002. "As I will turn 65 in a couple of months, ... I think it's time."

Romanos will be succeeded by Carolyn Reidy, currently president of Simon & Schuster's Adult Publishing Group. Reidy, 58, said she anticipated no changes in the kinds of books Simon & Schuster releases, ranging from novels by King and Don DeLillo to works by Woodward, McCullough and others that have long established the publisher as a leader of political and historical titles.

Reidy, who will officially take over at the end of the year, agreed that the digitalization of publishing was only starting, adding that she expected books not only to be read and sold electronically, but to be written for that format.