Suicide rates in America rise up

U.S. preteen and teenage girls showed the highest level of suicide in 15 years. 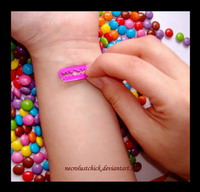 Suicide rates in America rise up

The report from the Centers for Disease Control and Prevention suggests a surprising reversal in recent trends.

"In surveillance speak, this is a dramatic and huge increase," said Dr. Ileana Arias, director of the CDC's National Center for Injury Prevention and Control.

Overall, suicide was the third leading cause of death among young Americans in 2004, accounting for 4,599 deaths. It is surpassed by only car crashes and homicide, Arias said.

"While we can't say (hanging) is a trend yet, we are confident that's an unusually high number in 2004," said Dr. Keri Lubell, a CDC behavioral scientist who was one of the lead authors of study.

The study did not analyze why hanging has become the most common suicide method, but scientists speculated it could be the most accessible method.

"It is possible that hanging and suffocation is more easily available than other methods, especially for these other groups," Arias said.

The CDC is advising health officials to consider focusing suicide-prevention programs on girls ages 10-19 and boys between 15-19 to reverse the trends. It also said the suicide methods suggest that prevention measures focused solely on restricting access to pills, weapons or other lethal means may have more limited success.

Arias said the declining use of antidepressants could be a factor in the spike. But she noted it's "not the only factor" that health officials will be studying to explain the jump. Four years ago, federal regulators warned that antidepressants seemed to raise the risk of suicidal behavior among young people, so black box warnings were put on the drug packaging.

"Suicide is a multidimensional and complex problem," she said. "As much as we'd like to attribute suicide to a single source so we can fix it, unfortunately we can't do that."

The study mentioned other factors that tend to increase the risk of suicide, including history of mental illness, alcohol and drug use, family dysfunction and relationship problems.