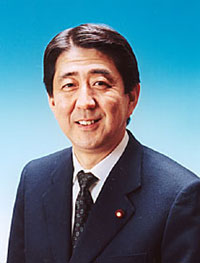 Little progress on removing obstacles in the way of establishing diplomatic ties between Japan and N. Korea was achieved during two days of talks.

The talks centered around compensation issues connected with Japan's 1910-1945 occupation of the Korean peninsula, and Tokyo's demands for more information on the North's past abductions of Japanese citizens.

"We were unable to solve pending issues during the two-day talks, but it was meaningful that we could have thorough discussions. I think we made certain progress," Japanese envoy Yoshiki Mine told reporters.

Japanese Prime Minister Shinzo Abe later expressed frustration over the issue. "The abduction problem is an important issue. But it is meaningless if we are just holding talks unless we make progress," he told reporters.

Another sticking point has been Japanese demands that North Korea hand over several Japan Red Army Faction terrorists who led the 1970 hijacking of a JAL plane to Pyongyang and are suspected of helping North Korean agents abduct several Japanese citizens from Europe.

North Korea admitted in 2002 it had kidnapped 13 Japanese citizens in the 1970s and '80s and sent five of them home, saying the remaining eight were dead. It has since said the issue has been resolved, while Japan has demanded proof of the deaths, and says more of its citizens may have been taken.

As part of the wider six-party talks, North Korea has already shut down its nuclear reactor in return for energy aid. But Tokyo has refused to provide such aid or establish diplomatic relations unless Pyongyang accounts for its abductions.

North Korea has demanded reparations from Japan for its colonization of the Korean peninsula. Japan has yet to formally apologize to the North for its wartime actions.

Other six-party working groups - on energy assistance, denuclearization and regional peace - have already met earlier this month as agreed at the latest regional talks in Beijing in July.

No date has been set for the next round of talks, although North Korea's nuclear envoy met Thursday with his Chinese counterpart, Chinese Foreign Ministry spokeswoman Jiang Yu said at a regular news briefing.

Jiang said Kim Kye Gwan told Chinese Vice Foreign Minister Wu Dawei about North Korea's meeting with the U.S. last weekend in Geneva, where Pyongyang agreed to declare and disable its nuclear programs by the end of this year.

North Korea has "specific plans" on declaration and disablement, Jiang said without elaborating.