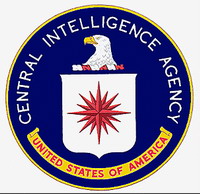 But the U.S. intelligence community is taking a page from popular online hangouts like Facebook and News Corp.'s MySpace to help encourage operatives to share information. In December, agency leaders are launching a social-networking site just for spooks.

The classified "A-Space" ultimately will grow to include blogs, searchable databases, libraries of reports, collaborative word processing and other tools to help analysts quickly trade, update and edit information.

It comes on the heels of the year-old Intellipedia, a Web site modeled after the popular online encyclopedia Wikipedia. Intellipedia has been gaining traction among the intelligence agencies and already has nearly 30,000 posted articles and 4,800 edits added every workday.

Although A-Space will be built with commercially available software, organizers are quick to dismiss any criticism about security, saying all sensitive data will be stored behind a thicket of classified safeguards that they are developing themselves.

The social-networking efforts, led by the Office of the Director of National Intelligence, are emerging as the U.S. intelligence community comes under renewed criticism for a lack of cooperation and communication - something a new internal CIA report said contributed to the information breakdown before the Sept. 11 terrorist attacks.

Aside from simply being able to share documents back and forth, experts who are in the same field but work for different agencies could meet each other virtually and swap ideas and information directly. Experts say the current procedures for sharing information is so cumbersome that such communication is now impossible.

"It's just a better way to build and grow that network so that improved analysis can come out the other end," said Robert Cardillo, deputy director of analysis for the Defense Intelligence Agency.

Organizers acknowledge it may be difficult to erase generations of territorial tendencies and prevent spats among the 16 intelligence agencies in the U.S., which often want credit for their own discoveries.

But they hope the influx of younger operatives - half the intelligence analysts employed by the U.S. government have been on the job for no more than five years - will help shelve old feuds and embrace Web tools already in widespread use.

"It's a way to build the social network for all analysts," said Mike Wertheimer, assistant deputy director of national intelligence for analytic transformation and technology, who is leading the initiative. "We put more eyes on more problems."

Development of the $5 million (3.68 million EUR) project began in June, and a pilot version will be available in December, with features to be added over the next year. Ultimately, the system may grow to include an unclassified network for use by state and local law enforcement and even some foreign agencies.

Classified information will only be available to individuals with the right security clearance and site minders will work to sniff out inappropriate use, much the way credit card companies look for fraudulent charges.

For example, A-Space will be designed to detect if an expert in Southeast Asian militaries is running inappropriate queries on Latin American drug cartels.

"We're hoping that people will give us the benefit of the doubt," Wertheimer said.

But three months before A-Space is to go live, there is ample skepticism.

Richard L. Russell, a former CIA analyst who teaches at the National Defense University, says the government needs to focus on building better analysis and human intelligence, not fancy tools.

"You may have a great technological infrastructure for managing information, but if you put garbage into it, the output will be garbage," he said.

Others said the initiative is a giant leap for the three-letter agencies that find themselves stumbling to share information through bureaucratic channels and cumbersome firewalls.

"A site that's open to all 16 intelligence agencies, that allows them to chat more freely, I think is a darn good idea and may help them get around some of these issues," said Donald C. Daniel, a security studies professor at Georgetown University. "But it may be hit or miss."

Experts say the service will only be as effective as those who use it. And with many older workers puzzled by their younger colleagues' obsessive use of Facebook and its ilk, full-blown use could take time.

Mark Lowenthal, president of The Intelligence & Security Academy and the government's former assistant director of central intelligence for analysis and production, admits he is baffled by social-networking sites and is not sure if A-Space is the ultimate solution to fixing problems in the agencies.

But he believes the proposal has merit, especially as baby boomers retire and are replaced by younger analysts.