Nuclear deal with US vital to India's economic future

Singh's defense of the nuclear deal with the U.S. came a day

India’s Prime Minister said Friday that nuclear energy is a key to country’s economic future – in obvious attempt to defend a historic atomic energy deal with the United States from critics at home.

Although Prime Minister Manmohan Singh never directly mentioned the deal, his comments were a reiteration of a familiar argument that both he and U.S. President George W. Bush have used to promote the pact since it was first announced in July 2005.

Singh's defense of the deal came a day after the government agreed to create a committee to examine the deal before it is implemented, a move some fear could lead to delays that would ultimately scuttle the pact.

The committee had been a chief demand of the prime minister's communist political allies, who are leading the opposition to the pact, which they say could undermine India's nuclear weapons program and independent foreign policy.

The deal allows the United States to send nuclear fuel and technology to booming, but energy-starved India, which has been cut off from international atomic markets for the past three decades by its refusal to sign nonproliferation accords and its testing of nuclear weapons. 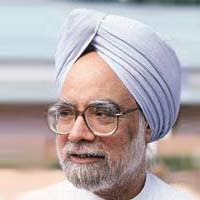 "We need to pave the way for India to benefit from nuclear
The India-U.S. pact - which requires still-to-be-negotiated agreements with the International Atomic Energy Agency and the Nuclear Suppliers Group, an organization of countries the export atomic material - would bring New Delhi into the global nuclear mainstream.

"India is now too important a country to remain outside the international mainstream in this critical area," Singh told scientists and engineers at the Tarapur nuclear facility near Mumbai.

"We need to pave the way for India to benefit from nuclear commerce without restrictions," he said, adding that the deal would allow the country to import cutting-edge technologies that could be used in many industries, not just for generating nuclear power.

Singh said the government's target of producing 20,000 megawatts of power from nuclear plants by 2020 could be doubled if India could cooperate with other countries.

"There is today talk the world over of a nuclear renaissance and we cannot afford to miss the bus or lag behind those global developments," he said.

Aside from the agreements with the IAEA and Nuclear Suppliers Group, U.S. lawmakers also need to approve technical details of the pact before atomic trade can begin.