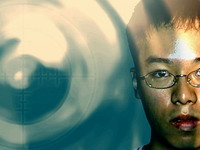 "Nobody can say for certain what would have happened if different decisions were made," University President Charles Steger told a news conference.

A governor-appointed panel that investigated the April 16 massacre at the Blacksburg campus released a report late Wednesday saying Virginia Tech officials could have saved lives if they had acted more quickly to warn the students and staff about the first shootings that day in a dormintory and that a killer was on the loose.

During the more than two hours it took administrators to get out that e-mail warning, the shooter, South Korean student Seung-Hui Cho, was able to mail a letter, then return to campus and enter a classroom building, chain the doors shut and kill 31 more people, including himself.

"Warning the students, faculty and staff might have made a difference," the panel in its report. "The earlier and clearer the warning, the more chance an individual had of surviving."

Steger said the administration was responding during those two hours between the killings.

"The notion that there was a two-hour gap is a great misconception," he said. "There was continuous action and deliberations from the first event until the second, and they made a material difference in the results of the second event."

"I am not aware of anything the police learned that would have indicated that a mass murder was imminent," he said. "The panel researched reports of multiple shootings on campuses for the past 40 years and no scenario was found in which the first murder was followed by a second elsewhere on campus. Nowhere.

"The crime was unprecedented in its cunning and murderous results."

One victim's mother urged Gov. Timothy M. Kaine earlier Thursday to "show some leadership" and fire the Steger, and other parents demanded accountability for the errors.

Kaine, however, said the school's officials had suffered enough without losing their jobs.

Kaine said instead that parents of troubled children who are starting college should alert university officials, and those officials should "pick up the phone and call the parent" if they become aware of unusual behavior.

Even before the killings, the university had failed to properly care for the mentally troubled Cho, the panel found. On April 16, a quick warning could have made a difference in 31 lives.

The first two victims were shot in the dormitory shortly after 7 a.m. It wasn't until 9:26 a.m. that the school sent an e-mail to students and faculty warning: "Shooting on campus. The university communityis urged to be cautious and are asked to contact Virginia Tech Police if you observe anything suspicious or with information on the case." Cho opened fire inside Norris Hall about 20 minutes later.

But the panel also concluded that a lockdown of the 131 buildings on campus would not have been feasible. And while the first message sent by the university could have gone out at least an hour earlier and been more specific, Cho likely still would have found more people to kill, it said.

"There does not seem to be a plausible scenario of a university response to the double homicide that could have prevented the tragedy of considerable magnitude on April 16," the report said. "Cho had started on a mission of fulfilling a fantasy of revenge."

The report detailed a breakdown in communication about the gunman, who had shown signs of mental health problems for years.

His middle school teachers had found signs of suicidal and homicidal thoughts in his writings after the Columbine High School shootings in Colorado in 1999. He received psychiatric counseling and was on medication for a short time. In 2006, he wrote a paper for his Virginia Tech creative writing class about a young man who hates students at his school and plans to kill them and himself, the report said.

The university's counseling center failed to give Cho the support he needed despite the warnings, including his referral to the center in 2005 because of bizarre behavior and concerns he was suicidal, the panel said. It blamed a lack of resources, misinterpretation of privacy laws and passivity.

The report said the response by university and Blacksburg police to the dormitory shootings was well coordinated, and said the police response at Norris Hall was "prompt and effective," as was triage and evacuation of the wounded. But it also noted university police may have erred in prematurely concluding that the first two shootings were the result of a domestic dispute.

"As you read the report, it's clear that so many of the mistakes that were made result from a failure of leadership at the very top levels of the university," said Cathy Read, stepmother of slain freshman Mary Karen Read

This is Kaine's "opportunity to step up and do the right thing," she said Thursday. In Virginia, university presidents serve at the pleasure of the Board of Visitors, which is appointed by the governor.

William O'Neil, father of slain graduate student Daniel O'Neil, called it outrageous that no one had been held accountable. "With the exception, of course, of Cho, no one from the university is held accountable," he said.