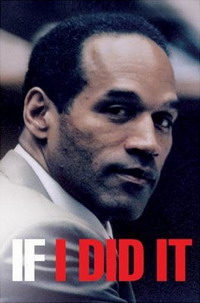 After saying it would not stock copies of "If I Did It" in its stores, citing lack of customer demand, the chain told The Associated Press on Thursday it would indeed carry the book.

For days, Simpson's ghostwritten, hypothetical story of how he would have murdered ex-wife Nicole Brown Simpson and Ronald Goldman has been in the top 100 on Barnes & Noble.com and at one point even topped the best-seller list. "If I Did It" has also entered the top 100 on Amazon.com.

Simpson has maintained his innocence in the 1994 killings, but the Goldman family considers the book Simpson's confession.

Since the initial decision on Aug. 21 against stocking the book, but selling it online, Barnes & Noble spokeswoman Mary Ellen Keating said: "We've been monitoring the pre-orders and customer requests and have concluded that enough customers have expressed interest in buying the book to warrant stocking it in our stores. We do not intend to promote the book but we will stock it in our stores because our customers are asking for it."

Simpson's book was originally scheduled to come out last November, but HarperCollins pulled the book in response to near universal protests.

Over the summer, a U.S. bankruptcy judge awarded rights to the book to Goldman's family to help satisfy a $38 million wrongful death judgment against Simpson. "If I Did It" will be published Sept. 13 by Beaufort Books on behalf of the Goldman family.

Acquitted of the murders in 1995 and currently living near Miami, Simpson has disowned the book, saying he had little do with its creation. The ghostwriter, Pablo Fenjves, has disagreed, saying "If I Did It" is based on extensive discussions with Simpson.